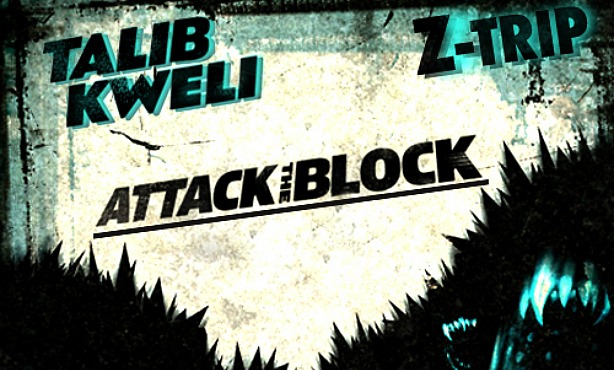 Some call them mixtapes, others call them albums, but however you look at it, it’s good free music. The last few weeks have been packed with just that; good free music. The sidebar has been blessed by the likes of D-WHY, the A$AP Mob, Big Sean and now Talib Kweli & Z-Trip’s Attack The Block. On a side-note, Lil Wayne dropped his “highly anticipated” Dedication 4, and it was garbage. There were a few memorable tracks on the tape but other then that, he just went in on a bunch on instrumentals. Talib on the other hand, put a lot of thought and effort into the features and producers. He has Black Hippy’s Jay Rock and Ab-Soul on separate tracks, Ryan Leslie and Boi-1da together, Posdnuos, Black Thought, Mac Miller and more.