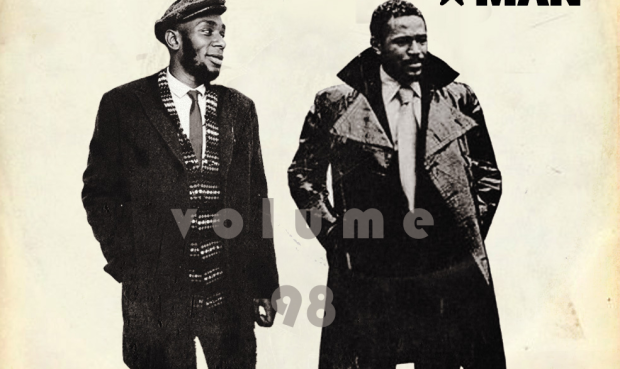 Good afternoon and welcome to Volume Ninety-Eight of Blues & Beats. Congratulations go out to my close neighbour Seattle, for crushing Denver in the Superbowl, and for taking home four Grammy Awards courtesy of Macklemore & Ryan Lewis. Now to this weeks mix, we have a Mos Def/Marvin Gaye mashup, a six-minute freestyle from Big Sean, Cam’ron & A-Trak collaboration and Shlohmo producing for Banks. Hit the jump!

Producer Amerigo Gazaway of Gummy Soul gives us a flash of brilliance. As part of his Soul Mates series, he mashes up Yasiin Bey and Marvin Gaye, subsequently getting Yasiin Gaye, aka a silky smooth jam.

While we wait for the forthcoming LP Tetsuo & Youth, Lu treats us to a heavy-duty freestyle over Que’s “O.G. Bobby Johnson.”

The four-piece group from Seattle, Washington have recently signed with Topshelf Records, and here’s their lead single from the forthcoming album The Art of Mothering. The coincidence of them being from Seattle and sounding like Ben Gibbard (Death Cab for Cutie) isn’t lost on me.

Sean Don comes back with vengeance, as he spits bars on bars on bars over a 5-plus minute instrumental. The Detroit native needs more well-thought out tracks like this one here, go more quality then quantity. Produced by Key Wane & Travi$ Scott

While we still await the highly anticipated debut album from California’s Banks, she hits us with a brand new track produced by Shlohmo. He is undoubtedly a perfect match for her style and vibe

The Greek dream pop group have sadly announced singer Sarah P would be leaving the group to work on a solo career. I guess you can think of this as a send-off gift.

Nicki steps into the booth with some attitude and drops fire all over Young Thug’s “Danny Glover.” Produced by 808 Mafia

J. Cole – “Revenge of the Dreamers”

This past week, specifically on Cole’s birthday, he announced his Dreamville Records had signed an imprint deal with Interscope. In celebration, he dropped their debut compilation project for free, and here’s a couple standouts from it. You can download the full tape HERE

Vancouver’s Kutcorners of The Freshest does a superb job of mixing Little Dragon’s “Little Man” in this.