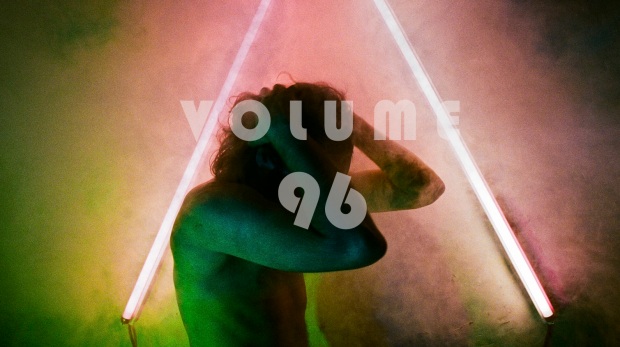 Good afternoon and welcome to volume ninety-six of Mondays Blues & Beats. For all you Americans out there, hope you’re enjoying the holiday weekend. This past week in music saw a highly anticipated remix from Sound Remedy, the return of Kevin Drew, Euroz and Easy Redd’s second instalment and more.

It would be a massive understatement to say I’ve been patiently waiting for something new from Kevin Drew. Spirt If… made its way into my hands over six years ago, and the last Broken Social Scene project was nearly four years ago. So here’s “Good Sex,” the lead single from Drew’s sophomore solo album Darlings, coming March 18 via Arts & Crafts.

Toronto’s latest up-and-comer in the Hip Hop community goes by the name Rasheed. This comes from his latest mixtape Dying To Live Forever, which if you missed, you can download it HERE. The beat and Lana Del Rey sample is courtesy of Axxxxgxxx.

The New York duo continue to get better and better. Their work on the Swedish trio’s incredibly popular single is extraordinary. I literally just had a listen of their brand new remix of Ellie Goulding’s “Goodness Gracious,” and it’s really something else. Stay tuned next week for it.

Silky smooth. Take Waldo’s flow with Twinztrack’s work on the piano; you get something incroyable.

Ace dropped Starvation 3 this past week, and it’s consistent as always. Here’s a standout joint produced by Cool & Dre (with Yung Lad)

Euroz and Easy Redd released their Kray 2 mixtape this week, and here’s a couple of my favourites from the project. Euroz continues to grow and improve, it wouldn’t surprise me if 2014 acts as his coming out party. This one produced by MLB

Usually it’s Sango originals or remixes found in Blues & Beats, but this week proves different. I recently stumbled across Stwo, a 21-year old produced from Paris. His take on this track from North is mesmerizing, so much so, Sango gave him a shoutout.

Here’s the latest from TDE’s Isaiah Rashad, who, like his label-mates, is set to have a colossal year.

It’s been a long time since Urban Noize has found its way into the mixes, but here they are.

This is one of my top rated tracks from the LA Leakers Draft Picks tape, but I cannot an abundance of DJ tags. So thank you to whoever released the original, minus “The LA LEAKERS!!” in the background. Produced by Nick Kage & Ill Brown

Following the announcement of Juicy’s $50,000 scholarship winner, he let go of this banger for the weekend. Produced by Lil Awree & Crazy Mike