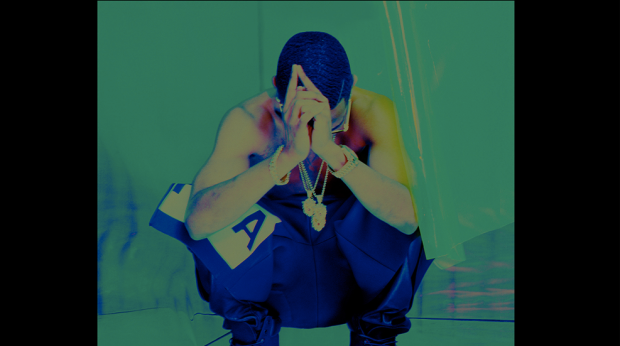 Detroit’s Big Sean has shared accounts from the timeline that landed him where he is today, and wrapped them up in a sophomore attempt called Hall of Fame.

The twenty-five year old rapper signed with Kanye’s G.O.O.D. Music label and exploded on to the scene with Finally Famous. With a personnel fit for an Oscar’s red carpet event, and Ye pulling strings behind the scene, the young D-Boy was destined for success. So how would following up a triumphant debut go? Well first off, Sean struggled to have a single catch fire, unlike “My Last” featuring Chris Brown which served as the first single from Finally Famous. No big deal though, maybe the album has a intricate concept that just lacks a standout hit. Unfortunately that’s not the case with Hall of Fame; a recipe that seems to be missing an ingredient or two.

“Nothing Is Stopping You” opens up in similar fashion to it’s predecessor, but instead of “dreaming bigger then living,” Sean’s story recognizes the finish line, he’s famous. The point getting across here is not turning your back on your roots, as he returns the favour Kanye once bestowed upon him by giving a young cat (so to speak) a chance to show ’em what he’s got. “Toyota Music” rolls along the same lines, taking it back to the original streets where he’d cruise around Detroit in search of the next big move. “10 2 10” falls into the mix because it’s the alarm clock, the grinder, it’s for those who’ve put in work for a bigger cause; a dream. All these tracks are fantastic in concept, but each of them are missing that element of intrigue, that panache, that memorability.

“You Don’t Know” however, will make you reach for the volume dial. The combination of Ellie Goulding on the hook, and No I.D. bringing the instrumental heat, the energy level reaches the ceiling. Despite being followed by a memorable track featuring Nas and The Wizard,  HOF takes a turn for the “creepy.” We can all expect some sexually charged music on a Big Sean album, in this particular case it’s “Mona Lisa;” a joint that pops – produced by Da Internz and Twilite Tone. Now, we’re met with NSFW sample from the 70’s as in introduction to “MILF” aka “Dance (A$$) Pt. 2.” Produced by Da Internz and featuring Nicki Minaj again, with an additional verse from Mr. Stay Trippy Juicy J. The combination of lyrical content, the nasty sample, and children on the hook is just too much, and not in a good way.

One major highlight is the presence of James Fauntleroy – the unsung hero. This renaissance man takes over the back half of the album singing on “Sierra Leone,” “All Figured Out,” and one of the standouts, “World Ablaze.” Not to stray too far from the task at hand, but Fauntleroy has a gift, his natural ability is a commodity all in itself. This area of the album acts as the strongest conceptually. Sean touches on some real topics; values, recognition, relationships, and reality.

Hall of Fame is a indeed a platform for Big Sean to express his feelings towards stardom, and making it despite adversity. And while i’m a strong advocate of personalizing an album, you have to match that level of intent with the other components that make up a good record. Consistency is a problem, just when I think the concept is gaining momentum, what feels like a half-assed joint comes on.

There’s one defining observation that stuck in my mind, and now correlates perfectly towards my overall feelings towards this album. In an interview, Big Sean was asked about “Control,” and his thoughts on Kendrick Lamar’s verse. Instead of heeding KDot’s wisdom about ‘stepping up your game,’ Sean preceded to boast about his own verse and even recited a couple notable lines. Like I said, that attitude speaks volumes as to the level Hall of Fame is on, it was by no means terrible, but could have seen a little more creativity and consistency. Being that it’s only Big Sean’s sophomore album, and he’s established a substantial foundation, he’ll be just fine. 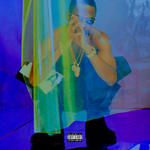 What are your thoughts on Hall of Fame, did it live up to the hype?