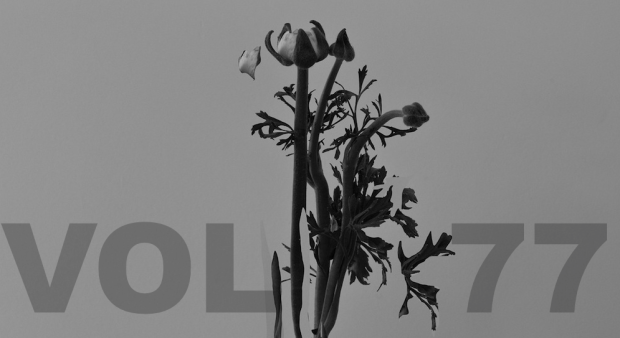 We’re back to the normal amount of tracks featured normally found in a Volume of Blues & Beats. 10 tracks from the past week, all with their different sounds and colours. Gambino, Naked and Famous, Sango, King Chip and more – let’s get to it.

Donald Glover is back in the building with some new fire for our ears. Good progression with even better instrumentation, not to be outdone by some hard hitting bars.

The New Zealanders have stepped back into the scene for their sophomore album In Rolling Waves, which is due out almost three years after their debut to the day (September 13). “Hearts Like Ours” is the lead single, and is of the upbeat nature we’ve come to expect from them.

After numerous remixes, all garnering positive reviews, the Michigan-based producer has released his debut album North. I highly recommend you give the entire project a listen, you won’t be disappointed – it’s a perfect companion for those late summer nights. Available on iTunes

The HS87 duo has dropped another single from their upcoming debut full-length. The Janet Jackson sample makes for a smooth ride – Produced by Hazebanga.

The young Australian singer has garnered enough attention for a Urban Noize Remix. They take the ominous original and only add  more grit and depth to it – a job very well done.

The 27-year old released his highly anticipated sophomore album The Lovestory this week. Here’s one of the standout joints featuring smooth vocals from Ashly Breshe, a perfectly suited verse from Dom and intoxicating production from Shawn himself. Available on iTunes

Rapsody enlists another group of heavy hitters (after her previous track with Wale) for her upcoming mixtape. 9th Wonder on the beat.

The remixes of “Do Or Die” finally surfaced on iTunes this week, and the Hoodieboyz take the original to a whole other planet. Available on iTunes

King Chipper has planned to drop a new mixtape in September titled 44108, this serves as a taste with verse from Chevy and GLC.

The Gambino hat-trick is complete with his bars on Rudimental’s latest remix of “Feel The Love.”

G.O.O.D’s Big Sean released his next single today, and it is indeed fire. Hall Of Fame drops next week, and judging by the sounds, features and production revealed thus far, it’s going to be a wicked album. DJ Camper dropped the beat for this summer anthem. Thanks for the heads up from Aaron Gash

Rick Ross – I Wonder Why

The Big Bawse Ricky Rozay dropped a solo joint today, with now specification as to where it will land. Mastermind and Self Made, Vol. 3 are both in the works, so we’ll have to wait on the designated project, but for now just enjoy the Beat Billionaire banger.

DJ Khaled – I Wanna Be With You (feat. Nicki Minaj, Future & Rick Ross)

Khaled makes a little more sense of his Nicki Minaj proposal with this brand new single. Who knows how real it is, regardless, this track is bangin’ – produced by Lee on the Beat