While lead vocalist Thomas Mars exclaimed this would be their most experimental album, the jury’s still out. Bankrupt! is chocked full of glittering vocals and pop-infused synths, much like it’s predecessor. “Entertainment” sets the tone early with an splashing upbeat jingle-jangle that’s we’ve come to expect and love. And while the record might lack instant heavy hitters in the form of “1901,” “Lisztomania,” and “Girlfriend,” there’s no lack of addictive ear candy.

During the recording process, the band purchased the console used for Michael Jackson’s “Thriller” as a inspiration tool. The four-piece band from Versailles, France continually need to impress themselves, as they explained in an interview. The competition is healthy, as artists and musicians, progression should be your main ingredient. Today’s industry expects big numbers in the relevance equation. Following up the Grammy Award winning Wolfgang Amadeus Phoenix could not have been an easy day at the office, but for the first time in their career, they’ve had to respond from a commercially successful album.

The concept of Bankrupt! is similar to that of WAP – no distinct storyline, breezy, and twenty minutes shy of an hour. “S.O.S. In Bel Air” is looped and layered with words you’ll be chiming in the shower. The words themselves don’t necessarily hold a lot of depth, but the mixture of emotion and delivery seem to give each song a life of their own. Music in this form can be interpreted in multiple ways, and that’s the beauty of this record. “Drakkar Noir” is politely named after one of the most globally popular colognes – and in reference to the theme, Mars is calling someone improvable and mediocre. The way “Drakkar Noir” flows into the following track like honey is simply magnificent. The transition takes Mars from calling out mediocrity in an upbeat fashion, to saving heartbreak to a whisking slow dance number – quite the ladies man. Comparing ones love to something as toxic as chloroform might not be ideal, but we’re talking about French rockstars.

While the album is built around numbers like “Trying To Be Cool;” lush and juicy (inspired by the album cover), you still get that glimmer of depth. “Bourgeois,” found near the end of the record, tells the story of the wealthy or upper middle class searching for something ‘more’ in life. Mars makes it sound as if he’s heard this complex one too many times – the reoccurring tune has been overplayed.

your fire’s a false alarm

Let’s get back to the ‘experimental’ argument i’m having in my head. Phoenix embraced the term “uncertainty” to an extent during the making of this album. The aforementioned peach covered artwork is vibrant and healthy, but apparently has not particular rhyme, reason or artistic direction. The word bankrupt is not necessarily the most cheerful of words, but it made collective sense the the group. Pertaining the music itself, there’s a lot of carryover from the previous albums. Perhaps the only track on the experimental end of the spectrum is the title track, “Bankrupt!” A 7-minute journey beginning with soft spring sounds while the birds are chirping, followed by an intrusive, tension-filled combustion, and concluding in a sombre state – reminiscent of “Love For Granted.” Phoenix may have taken some chances in their process and direction, but if you’re expecting an Animal Collective infusion, you’re shit out of luck. Take it for what it is, Bankrupt! might not be as polaroid instant as Wolfgang, but it’s sure to grow on you, and suits any commute to work, jaunt on the boardwalk or backyard barbecue. 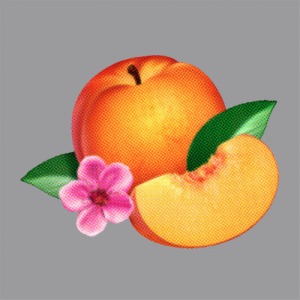 Get Bankrupt! on iTunes

What did you think of the album?