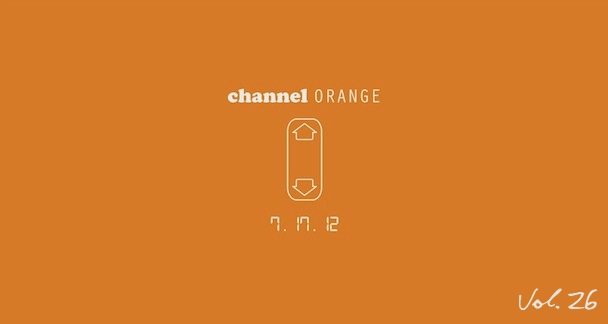 Frank Ocean announces a new album and tour along with 10 minutes of R&B/Electronic goodness and unique cover art.

French enlists the usual suspects for an absolutely summer banger. This is the first single of Excuse My French expected July 17.

The second single off the upcoming sophomore LP Grossamer, set to be released July 24.

The Brooklyn-indie band is back at work. A tour and upcoming LP is set for September.

Despite the GOOD/YMCMB beef, these two emcees put it behind them and dropped this single produced by Streetrunner.

Justin Bieber – As Long As You Love Me (feat. Big Sean)

Canadian wonder boy enlists the Chicago emcee for the fourth single from his upcoming LP Believe, due next week. Produced by Danja.

Another single for the upcoming project Fortune, dropping July 3. Produced by Drumma Boy.

Last week I posted to original cover of The Weeknd’s song, this week, a calm Dubstep mix courtesy of B.C.’s own Ianborg. Thanks to @BobbyBolivia1 for the nod on this and the track below.

A wicked tempo boost from Harris without losing the integrity or original feel of the track, well done.

The Kansas rapper is often hit or miss for me. This one however, was hit out of the park. Produced by The Awesome Sound, using a 2001 sample of Télépopmusik’s “Breathe,” made famous by Mitsubishi.

Revolution, I Love You – Cotton Shirts

The Philadelphia electro noise-pop group is back with a brand new single.

Mac and Skateboard P team up over a Neptunes beat.

Mac Miller – Day One; A Song About Nothing

A second track from young Pittsburgh emcee this week. Self-produced, self-written and laid back.

Fragrant World is expected to be released August 20th, 2012

The LA-based rapper is finally ready for his debut album Up & Away, which drops tomorrow. This track didn’t make the cut, but if it’s any indication to what’s on the record, we’re in for a treat. Produced by Boi-1da.

Sam Sparro – I Wish I Never Met You

From the man who brought us “Black & Gold;” four years later and he’s ready for his sophomore record.