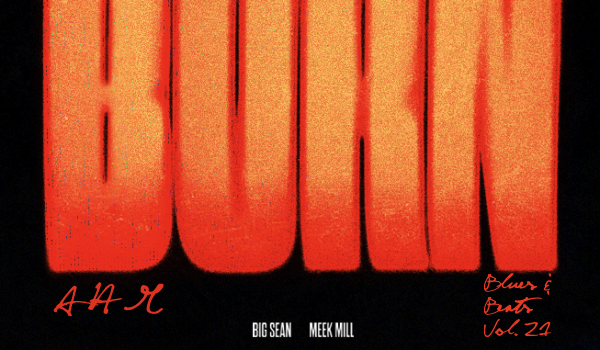 Hola, Amigos! Back from Mexico with a greater appreciation for under 30 degree weather.

A week away from new music is definitely challenging, but catching up is like letting your ears swim in a fountain of gold.

G.O.O.D. Music dropped a couple of free gems via kanyewest.com

Both MMG’s Rick Ross and YMCMB’s Drizzy Drake featured on a couple tracks.

Produced by Jahlil Beats. This summer banger is set to be featured on Meek’s highly anticipated Dreamchasers 2

Produced by Young Chop. Another G.O.O.D. Friday track about their dislikes. During Big Sean’s verse, the tempo slows and he delivers fire “We are not one and the same, nigga I’m fucking insane, fuck is you saying?/Yo ass been doin’ the same, shit, not doing what you saying”

Mike Will delivers a crisp, piercing production for the Georgia rapper who is making a name for himself these days. Being enlisted on both Kanye West and Nicki Minaj’s tracks and now enlisting Drizzy for the lead single off Based On A T.R.U. Story expected August 14. Update: Explicit Version

First single from the upcoming project Synthetica, due June 12.

Shrines is the debut album from the Halifax/Montreal-based duo comprised of Corin Roddick and Megan James. Expected July 24th via 4AD

The smooth ladies man turns up the aggression with a fitting feature from The Bawse. Produced by Jim Jonsin. Looking 4 Myself is due June 12.

Prinzhorn Dance School – I Want You

This UK duo consists of Tobin Prinz and Suzi Horn. This anti-progressive track is as predictable as a heartbeat and yet holds a sense of mischief.

A possible track of the GOOD Music compilation record. The piano/drum combo is addictive.

The remix of Diplo’s busy production turns back the time with a Puff/Mase feature.

Kuhrye-oo – Give In (For The Fame)

Calvin McElroy has played his role in multiple indie-circles including Purity Ring, Gobble Gobble, Burn Gold and Grimes. Now operating under the alias Kuhrye-oo, he has a solo self-titled EP out including this glitchy, Dream Pop/R&B/House masterpiece worthy of many playlists.

The UK DJ/Producer ups the tempo on the Drake/Weeknd collaboration from Take Care. It would be easy to overdo this already busy track, but while flirting with the line, Mr. Williams (Star Slinger) neglects to cross it.

The Virginia indie pop group is busy cranking out their second LP and released this fun, summer-soundtrack song to hold us over.

Brother Ali – Not A Day Goes By

It’s good to see an upcoming album from the Minnesota rapper. Mourning in America and Dreaming In Color set to be released August 13.

The Austin duo’s self-titled debut is set for July 10. This fun, infectious track is perfect for the summer.

Drop Out Venus – Love In Vein

Hailing from Deptford, London, this three-piece group might help you lose yourself for 4 minutes and 12 seconds.